The Nissan Skyline GT-R is one of those iconic cars, because it was never really(other than in limited numbers) sold outside of Japan. Its something that a lot of people have seen on videos, played in video games, and seen in magazines. Now that the "modern" Nissan Skyline GT-R, the 1989 R32 turned 25 years old in 2014, there are more than a few out there on the roads of the USA.

Check out a little bit of Nissan Skyline history and information about them.

The first "Skyline" was actually a Prince Skyline the ALSID-1 that debuted in April 1957. Nissan and Prince merged in 1966, with the first Nissan Skyline GT-R debuting in 1969. 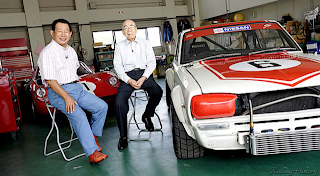 While doing some research I came across this chart. Not sure if its complete, or even correct. KPGC110 aka Ken and Mary or Kenmeri 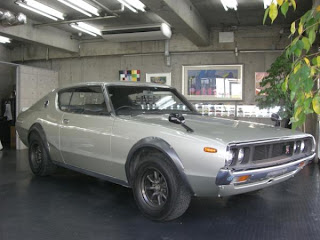 My personal favorite Nissan Skyline, is the R32 GT-R. Its the one that I saw when I went to Japan in 1991. It was the one that was destroying its contemporaries on the track.

Behind the RB26DETT sat a 5 speed transmission, with internals shared with the Fairlady(300ZX). On the back of the transmission was the ATTESA transfercase, or the all wheel drive magic that made the R32 GT-R into the track monster it was.  On the track for Group A, the RB26 was tuned to 550 horsepower, making it unbeatable in 29 of 29 races in Japan.

Some areas of concern on a 1989 Nissan Skyline GT-R, if you are looking to import it to the US. First off, its a 25 year old car. Not everything is going to be in as new condition, unless you pay a ton of money for the car.

Update: GT-R Registry has a full breakdown of colors and types. Check it out. They managed to get lots of the missing FAST info. 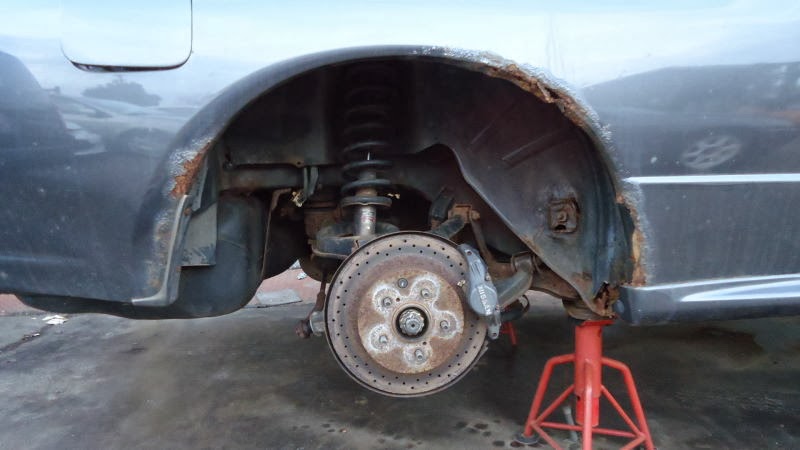 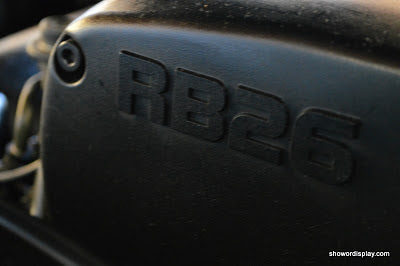 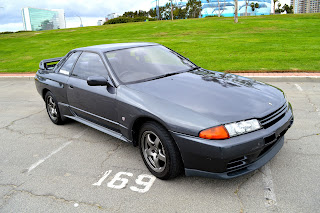 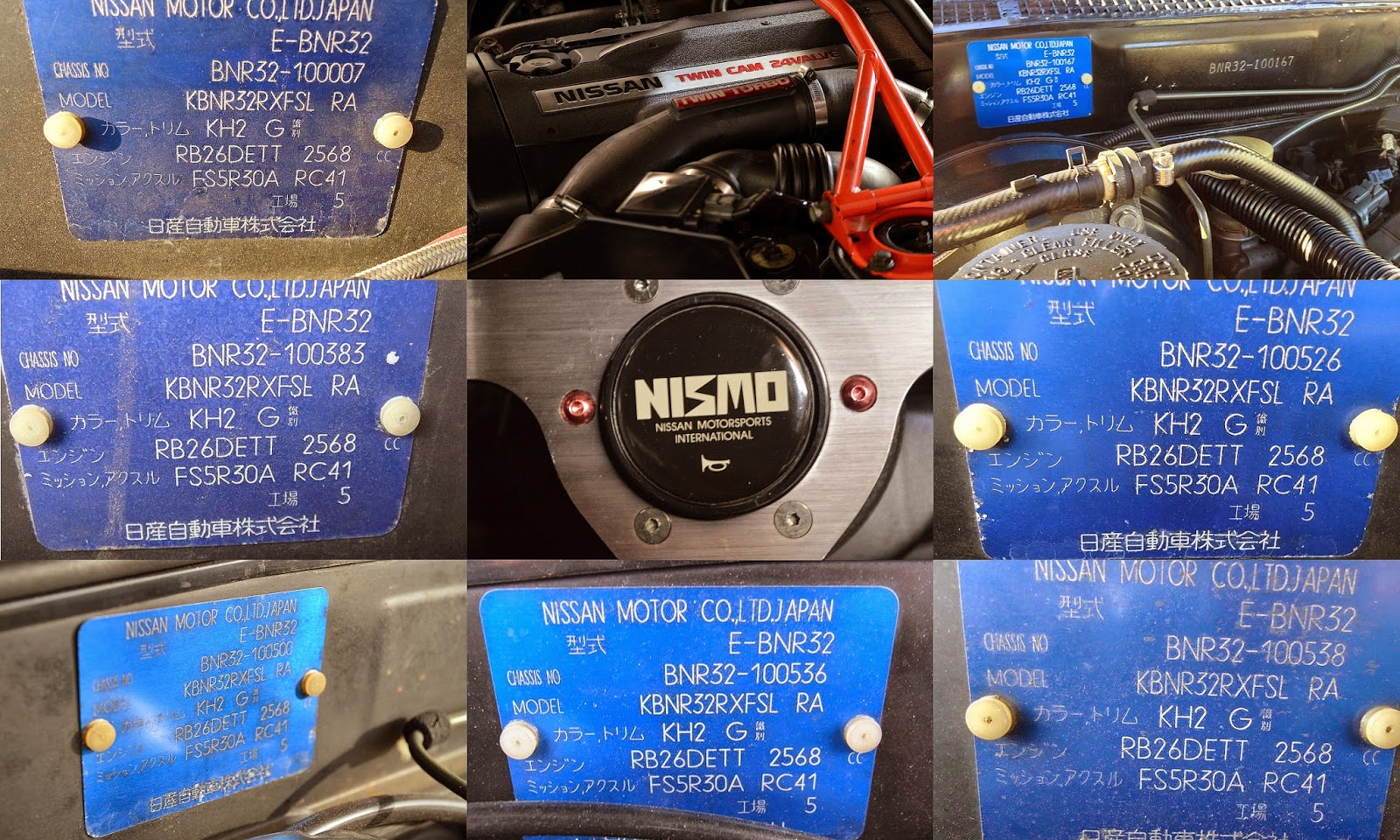 Tire changed 245/45-17
# N1 model gets based on V-spec2
Besides these, ECU, cylinder block and the size of turbine
had been modified some times without notice.
Spot welding is supposedly decreased after '94.

That is a long title. Lots of information. Not just specific to the R32 GT-R, but it fits here for now.
Buying - International Vehicle Importers have many vehicles in stock in Japan, and will be on the way to the US once they turn 25 years old.Check out IVI on Facebook for updates on available cars.  The first R32 were made in August. A total of 4555 cars were produced in 1989.
VIN Information - Do not let a state assign a VIN to your car. The chassis number is the equivalent of a VIN. The NHTSA says to more or less not fuck with it. So don't do it. It is a federal offense to do it, you have been warned.  http://www.gtrusablog.com/2012/05/vin-number-and-chassis-number-education.html

Right Hand Drive -Is it legal to drive a right hand drive car in the US?  The short answer is yes.The long answer is here. http://www.gtrusablog.com/2014/04/is-it-legal-to-drive-right-hand-drive.html

How to Title and Register A Nissan Skyline GT-R in the USA.  -  If you are looking to either import, or buy a Nissan Skyline there are a few things you should know about the title and registration process. In the United States vehicles over twenty five years old are Department of Transportation (DOT) exempt from meeting Federal Motor Vehicle Safety Standards(FMVSS). At over twenty one years old cars are Environmental Protection Agency(EPA)exempt in original configuration.  If the car is newer than 25 years old, it still might be possible to import it under the Show or Display exemption, but check out that page for more information.To meet California direct import requirements, the car must be older than 1975. To have a newer car meet California requirements, it is very expensive, and sometimes near impossible to comply. More information - http://www.gtrusablog.com/2014/04/how-to-title-and-register-1989-nissan.html 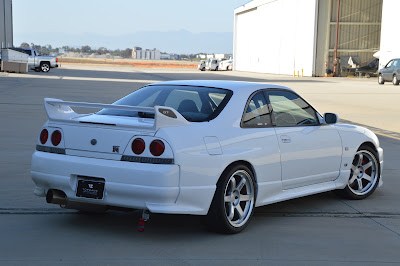 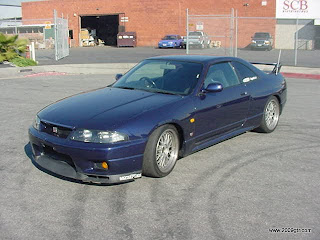 The campaign color of the R34 Skyline GT-R was the popular TV2 - Bayside Blue. Its named Bayside, for the popular roads near the bayside of Tokyo. 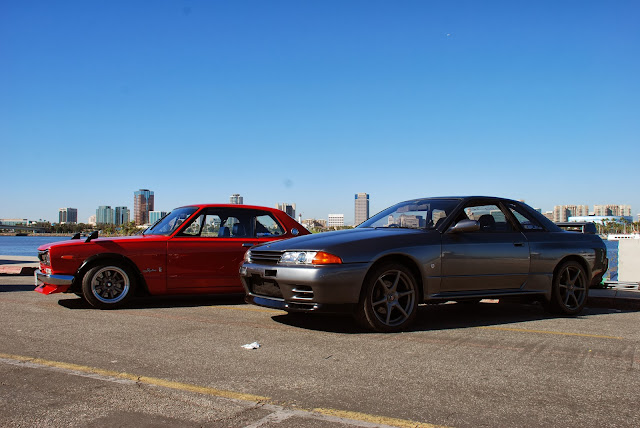