How Much Horsepower Does an R34 Skyline GT-R Have? 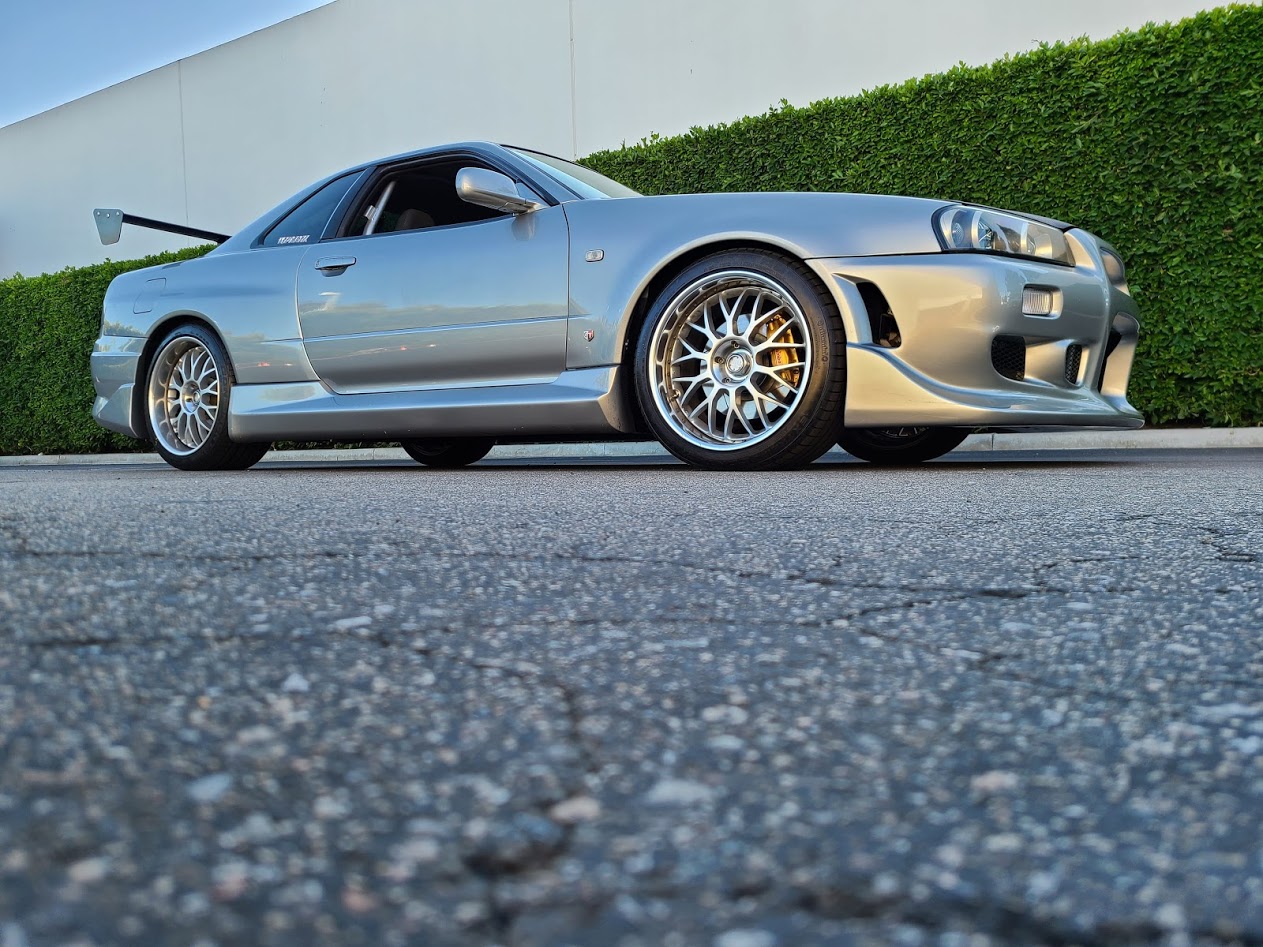 Without getting too much into the details, Japanese manufactuers didn't want to list any vehicles making more than 280ps, or 276 horsepower, no matter what horsepower they actually made.   The R32, R33, and R34 GT-R all "made" 280ps or 276 horsepower

In this test from Drivetribe, they tested some fairly stock cars and got:

The R34 GT-R was a Vspec II Nur, so it had different turbos on it than the standard R34 GT-R. The Nur being about the most healthy of any of the R34's.

AEM tested a fairly stock R32 GT-R, when they were developing their series 1 ECU.  At what they said was 8 psi, the car made 230 wheel horsepower on their Mustang dyno. With a tune, at the same boost, it made 270 horsepower.