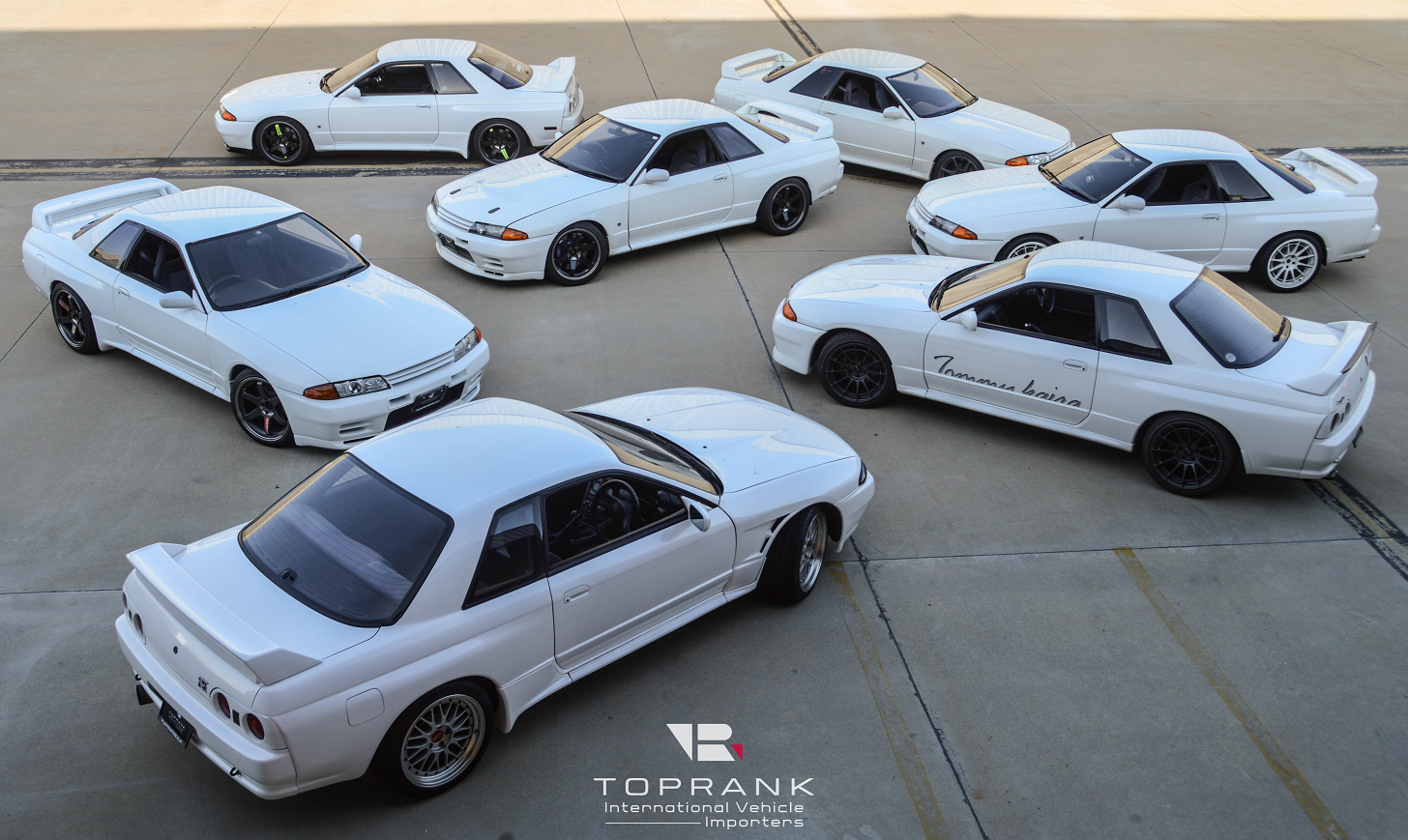 On the R32 GT-R version of the Nissan Skyline GT-R, there were eight colors available to the public.  There is one more color 2M8, which is two tone black and white, but that was for a total of 14 Japanese police cars.  The non GT-R versions of the Nissan Skyline R32, also got other color options in the JDM market.  An odd thing was that #326 white, wasn't an option for an original color until the Series 2 (August 1991 up) cars.  Acording to GT-R Registry, 44.9% of the cars sold, were gunmetal, or gunmetallic grey - #kh2.   If you look at the blue information plate underhood, right side of the engine compartment, the original paint code is listed.  Other than the police cars, the rarest color is BL0, or Greyish Blue Pearl with only 141 cars or 0.32% of the total R32 GT-R.   We have sold one R32 GT-R in BL0, and currently have one that will be coming up for sale soon. 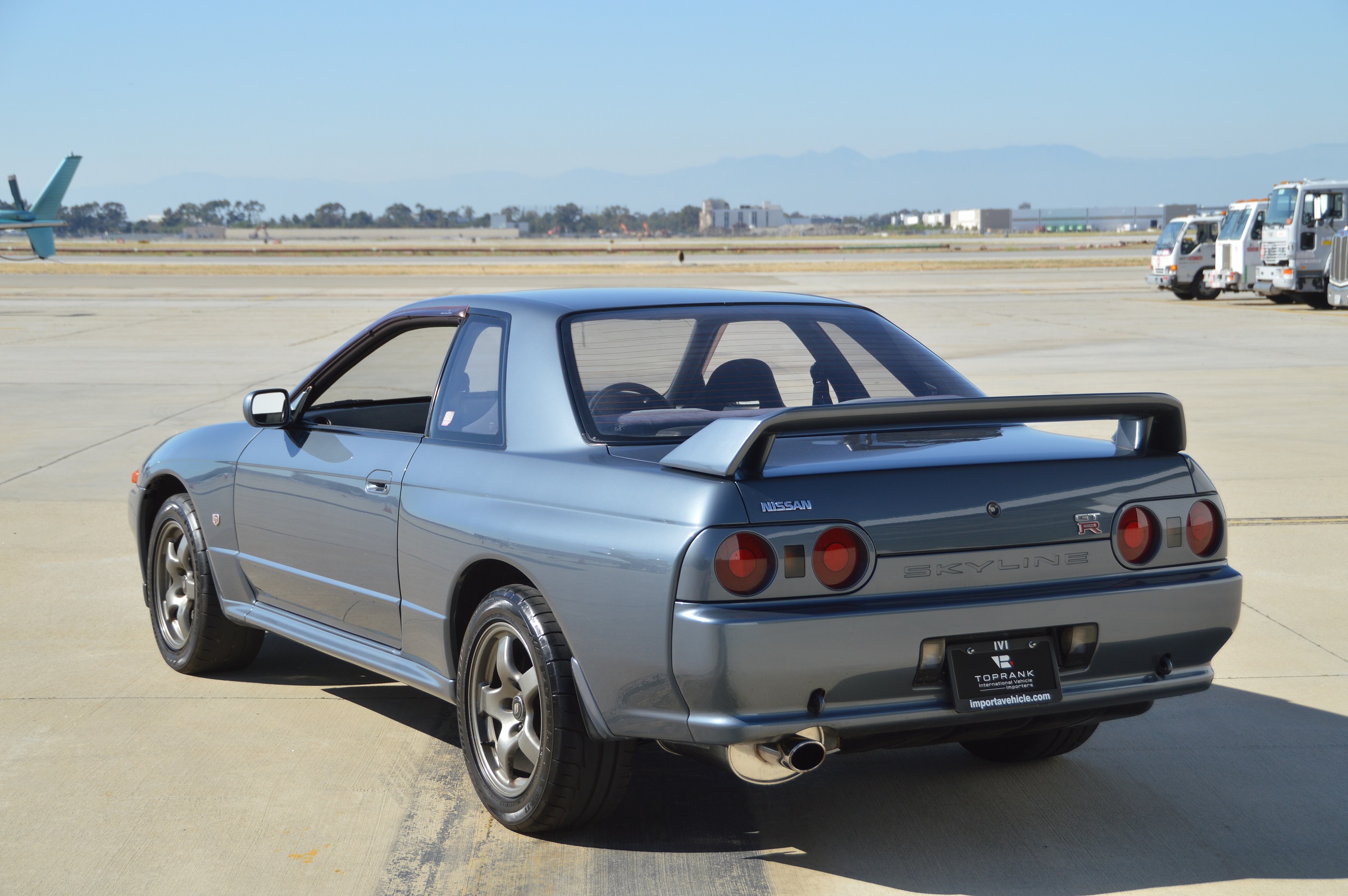 This BL0 car was sold already. One more coming up soon. 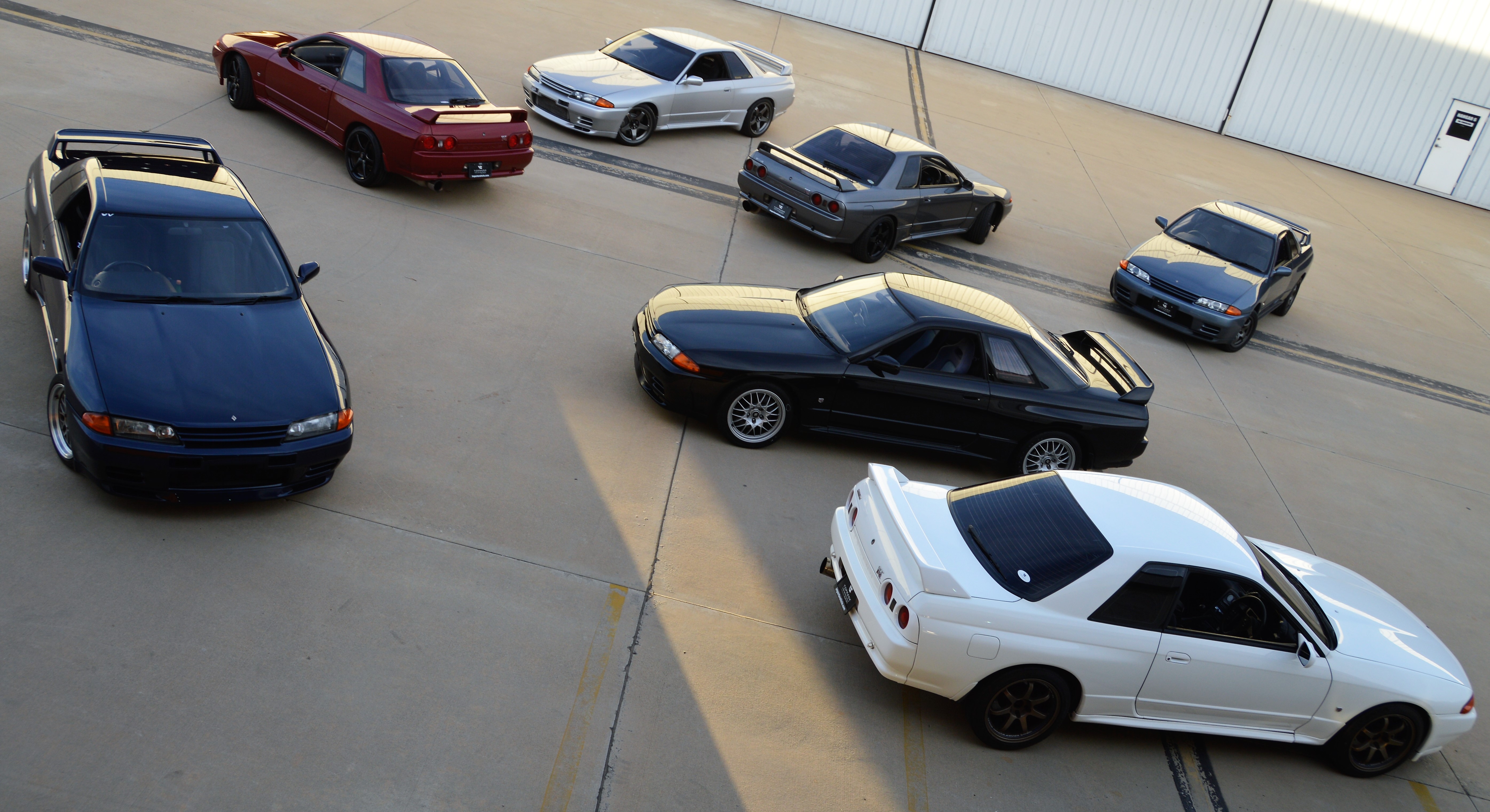 This has to be a pretty rare picture. This is as close as you can get, to all the colors together in one place at one time.

Bayside Blue or TV2, which is an R34 GT-R color R32 GT-R. We see a good number of these. Normally the base car is gunmetal. There are also a number of early cars, pre August 1991, or Series 1 cars, that were gunmetal, and painted white or 326 as it was not offered in the early cars. 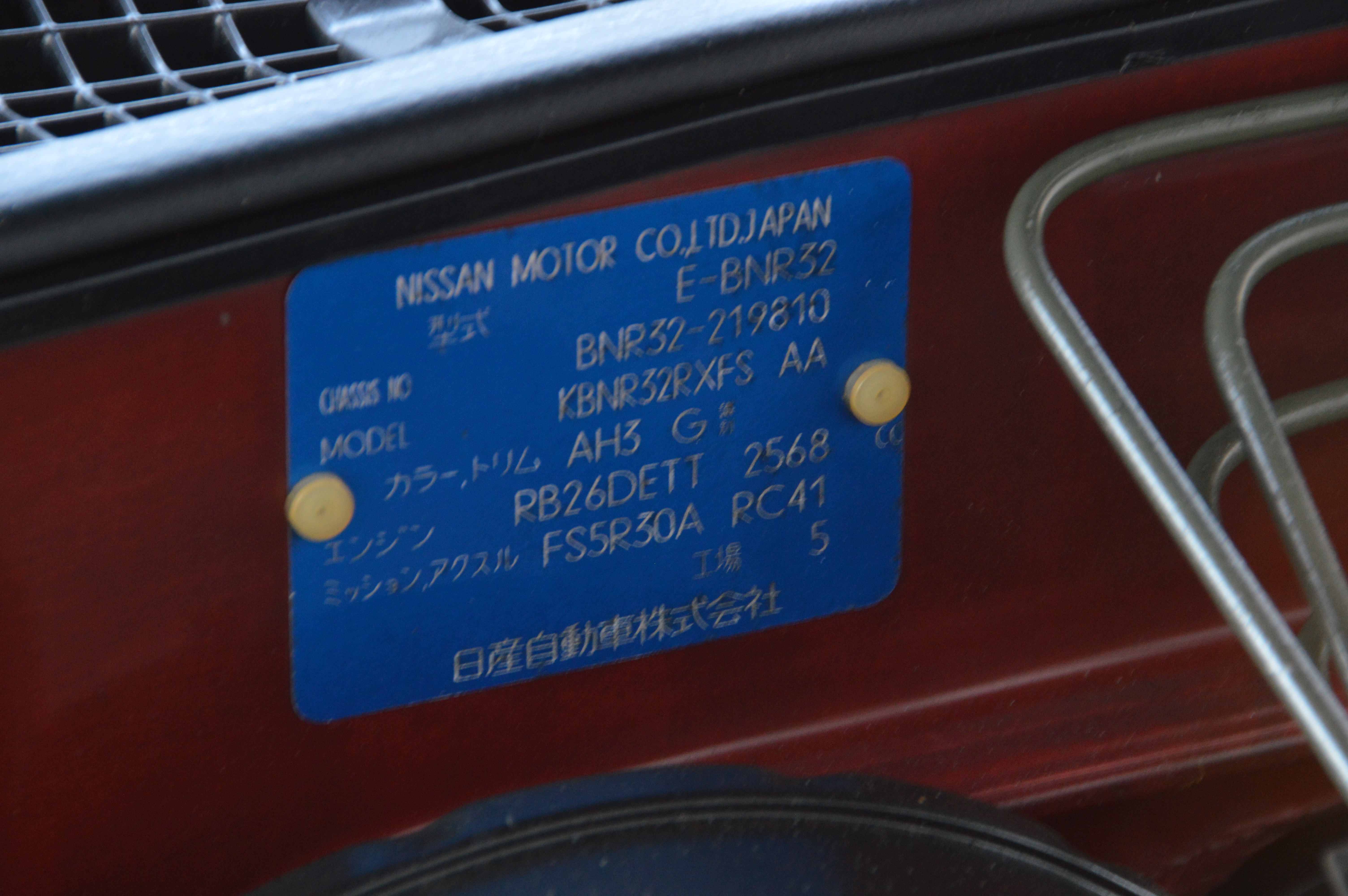